I started my last blog with these three words, and I’ll start this one the same –

My poor daughter. Emma Kelly woke up at 1am on Friday complaining of a tummy ache. Before we both knew what was happening, she was projectile vomiting all over her bed, herself, and me. It’s one of those situations where you just have to sit there and let the moment play itself out. And when she was done…………WOW. 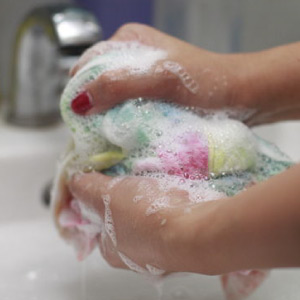 BUT EK has always been so incredible when she’s sick. She doesn’t wail, “Whyyyyyyyyyy?” or cry uncontrollably or anything like that. It’s almost like she accepts it for what it is and just lets me clean her up and take care of the problem at hand. So after I stripped her down, put her in clean pj’s and tucked her into my bed, I stripped down her bed and started the gag-worthy process of doing the laundry. I won’t go into details, but it wasn’t fun. And I swear that kid hasn’t had corn in over a week, but there it was! About an hour later, as I was crawling into bed with her until the dryer was done and I could start another load, EK was puking again all over again. And then again. And again. And thus began the second set of laundry. I was up all night and still had to get to work. I’m just so thankful my parents moved here so they could help me at just a time like this.

By the end of the day, EK was better — a little feverish, but better. By Saturday, she was bouncing off the walls with energy. By Saturday night, I was racing to make it to the toilet in time and my parents were hit with it, too.

So the Rasberrys have been a sad little bunch this weekend. I slept all of Sunday away and I’m still a little achy and feverish. My mama’s finally up and about a little, but Daddy’s still down for the count. And Emma Kelly is bored. Beyond bored. In fact, she told me she’s so bored that she could pee the word bored. (I had to laugh at that one.) Then she proceeded to fuss at me for not giving her a brother or sister…about not living in a neighborhood with kids so she could go play with them….about how she has the worst life EVER. Okay, seriously??  But now I’m wondering which I should work on first:  getting another kid or moving?

Filed Under: Kellie Rasberry, Kidd Kraddick Best of the Day
Categories: Kidd Kraddick
Comments
Leave A Comment
Back To Top
Half of Adults Say They've Met Their Soulmate