I’ll tell you what……..I was sorta kinda excited to get back into “The Bachelor” grind Monday night, live tweeting the experience @kellierasberry2 with one hand while pushing my daughter out of the room and off to bed with the other. It’s always an adventure! But Reality Steve came into the studio Monday morning to give us a little sneak peak of the upcoming season — which finished filming in November — and he seemed to be so beat down by the lack of ANYTHING interesting that’s about to happen that it’s sucked all the fun out of this for me. 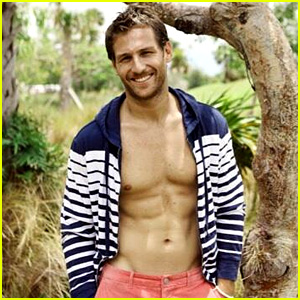 Maybe I’ll change my feelings about it when the show starts rolling and the tweets start flowing and I somehow find the joy in making fun of these women who’ve left behind their jobs, friends and an occasional child here and there because they’re doing this show “for all the right reasons” and not because Juan Pablo has a sexy accent and takes his shirt off….a lot. But let’s be honest! That’s all there is to this guy! I’m not trying to be rude…he seems to be charming and all that. But he doesn’t exactly strike me as a rocket scientist. And since we saw him all of two minutes when he was a contestant on Desiree’s season of “The Bachelorette,” we didn’t know ANYTHING about this guy other than the fact he’s hot and he has a kid. But welcome to the world of fame, Juan Pablo, because some gossip columnists are already labeling him a deadbeat dad for falling $3500 behind on his child support payments almost 3 years ago. But I digress….

Here’s the thing — the tide has turned. The roles have shifted. Now WOMEN get to slobber all over a hot guy like he’s a piece of meat…like he’s a big ol’ slab of sausage…just another hot and juicy kielbasa. That’s right, I said it. Again, let’s be honest! Juan Pablo has nothing to offer us other than a hot body and an occasional giggle because he always forgets to add the “s” to the end of plural words. Isn’t that cute?? Or should I say, Isn’t that cute NOW? Because you know about a year into that relationship, after Juan Pablo’s asked you for the umpteenth time to shave the back of his thighs because they’re too hard for him to reach….and after he’s asked you yet again you to watch his kid because his agent accidentally scheduled an appearance for him at Ladies Night Out during a scheduled visitation weekend, it’s not going to be so cute when he asks you, “Where do you put my favorite pair of pant?” and you scream back in fury, “It’s ‘pair of PANTS,’ Juan Pablo!!! They’re called ‘pantSSSSSSSSSSSSSSS!!!!!!!’” And that will be the end of your fairytale with Juan Pablo.

But for tonight, I will forget that Reality Steve was left unimpressed. I’m still going to giggle at his cute attempts to speak proper English. I’m even going to pretend that this really WILL be THE most dramatic Bachelor season EVER. And I’m also going to pray that I avoid every spoiler somebody tries to sneak at me in order to ruin this whole experience. Don’t you know there’s more than one person out there just waiting for the right time to suck all the red off our candy……Don’t let the candy suckers win!!!