I thought Curtis was catching on to the potty training thing but yesterday was a big setback. I got home at the regular time and he was barking as I walked in the door. That may have been because he had an accident in the crate. He had peed and pooped on the cushion that is his floor. Maybe his crate is too big. It is the size of an end table and is for a large dog but I figured he would enjoy the extra room now and grow into it as time passed by. But yesterday for whatever reason, the poop hit the fan…Or at least it hit the cushion and the wall of the crate, and his paws. He was a mess. So I picked up my poop covered puppy and took him to the elevator. Normally, the elevator is pretty empty at 1 in the afternoon… but not yesterday. Yesterday, I think it stopped on every other floor as I made my way do the ground floor. And of course, I had to explain what the poop smell was to every person that got on the elevator. “That’s not me you are smelling…Its my puppy!” So I took him out and of course, he didn’t need to poop or pee. He had already done it. So,  it was back up in the elevator with poopy pants. And then it was STRAIGHT to the bathtub. Bubble bath time. After the bath, it was time to get rid of the soiled cushion. I’m sure it could have been cleaned but that was nothing that I had interest in doing. 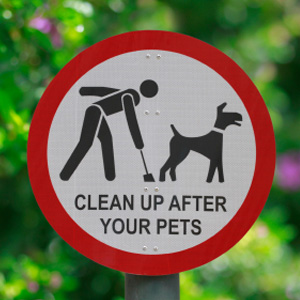 One reason that this may have been a problem was the fact that there is serious doggie discrimination going on in my apartment. And I really don’t know what to do about it. When my girlfriend comes over, most of the time, she brings her dog. It’s a Chocolate colored long haired Chihuahua. Well, she has trained her dog to pee and poop on the pee pee pads. So, what is Curtis supposed to think? “Oh, its ok for the dark skinned dog to pee inside the house but me, the Light skinned dog is made to go outside??? What’s a light skinned dog supposed to do?

Then, to top all of this off, I get into an argument with my girlfriend over a Vegetable??? I stopped by and got us food and brought it home. We sat down to eat and she looked at the green stuff on the plate and asked what it was?

Me: ok, maybe its greens, but the sign said spinach.

Her: No, it’s not spinach or greens, its Kale.

Ok, first of all, what the hell is Kale? This is when she decided to go next level with our argument. There are 2 things that you need to know about me…first of all, I hate to argue. Secondly, the reason I hate to argue is that, I really don’t care WHO wins an argument. I say what I want to say and you say what you say and that’s good enough for me.

Me: do you want me to call the store and ask what type of vegetable this is?

Her: YES! CALL THEM!

Me: I really don’t care that much…

She then goes to get her computer and GOOGLE IMAGES spinach and describes the picture to me!

Her: do you see how leafy spinach is?

Me: are you seriously showing me pictures of spinach?

She went and got in the bed. I think she wanted to google image some other leafy vegetables… I went to sleep on the couch!