Kinsey and I noticed something over the weekend… and it finally clicked yesterday. This was actually something that I saw had become the “it” thing for 2014, and I basically just brushed it off… because its pretty freaking obvious, but I didn’t realize how many times Kinsey and I broke this cardinal rule of relationships. Yeah, I am on board… I am getting a divorce in 2014. Don’t worry, not that kind of divorce.

As of now, Kinsey and I are not allowed to have our phones out during “quality time”. I started noticing it as soon as we landed on Friday. We had a few minutes, so we went up to the rooftop bar that our hotel had. There we are, soaking the sun up, having an adult treat, and ready to relax without the kids. Only problem, I look over, and Kinsey was dialing up her best friend. So I pulled my phone out and checked my social media, my emails, the internet… This went on almost the entire time we were up there. I took note. 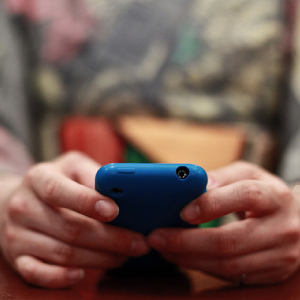 Finally, it happened again last night, after we put the kids to sleep again, and watched The Bachelor together. This doesn’t happen in group settings, although I think I may actually be a culprit in some public settings. She was on her phone, and I said that we needed to create a marriage rule from now on. If we are hanging out together, the phones will remain in my pocket, and in her purse, respectively. Phones will only be answered if it pertains to our children. We are also allowed to post pictures of our night, while the other goes to the bathroom, or during the winding down of our dinner. Just one small change, that can absolutely help with interacting.

She agreed. I probably would not have noticed this happening if it were not for seeing that article a couple weeks back. It was called “I am getting divorced in 2014″, and it was about not spending so much time on your phone, and enjoying life, and those around you. I know, sounds cheese, until you realize you are doing it. If you really think about it, what is more important than living in the moment? Replying to a status on facebook, or twitter, during an evening out with your husband or wife, is not worth the lack of connection and intimacy. Not the sexy time intimacy, just the feeling of being alone with no worries, and just talking.

So I jumped on board. My iPhone will play second fiddle to everything else. Is that even a saying? I don’t know.

Filed Under: j-si, Kidd Kraddick Best of the Day
Categories: Kidd Kraddick, Lifestyle
Comments
Leave A Comment
Back To Top
Texans Complained The Most About the Super Bowl to the FCC